Kathy Jo did everything she was advised on in to move up in her career. Her father told her to work hard, to put in the hours and she would reach success. Her college professor told her that she was what the corporate world needed, an aggressive type who would stand out among the noise. Her first boss told her that she was ‘going somewhere.’

While Kathy Jo did have a stellar career and climb, she found herself sitting in her office, stunned that she did not get the promotion she so desperately wanted, and was all but assured she would get. She sat with a range of emotions – rage, hurt, sadness, indignation, disbelief. How could everything she was told be so wrong?

Kathy Jo suddenly felt like a failure. She had not reached success, at least in her eye. She remembers how her boss told her, letting her down gently that ‘it wasn’t her time yet.’ She was left to wonder – and over and over again – what she did so wrong. 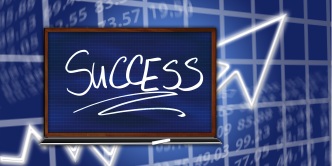 The truth is, Kathy Jo did not define what success looked like to her. She listened to other’s ideas and view of what it is, never taking the time to really determine if she agreed. It only led her to go on a path that others defined for her, leaving her feeling betrayed by their ‘lies’ and let down.

I’ve seen this occur over and over with clients I’ve worked with over the years. And it’s not just the concept of success – happiness is included. Never truly knowing what the ideal picture is for yourself will leave you chasing after something that is elusive and you will never feel fulfilled.

When you know what success looks like, then you will know exactly what you need to do to achieve it. Success does not always need to be reaching the C-Suite or making millions. Success may be having time off to travel, or having money in the bank to take that trip, which a lot of people don’t have.

Isn’t it time to get off the hamster wheel and take time to stay in the zone to your success? It’s not too late to do so. Start today to think about what success looks like – is it money, the job title, a relationship, the house or car or, is it an internal, such as peace, being in self-awareness, or being happy no matter what.

I encourage you to take time to complete this exercise and come up with your definition of success, which will lead you feeling more satisfied and motivated in all areas of your life. The power lies within in you.

Dr. Barbara Seifert, CPC is the President of Committed to Your Success Coaching & Consulting  She works with small business owners & solopreneurs who want to achieve measurable and life-long improvements in their performance so they can make more money, have greater satisfaction and achieve personal and professional success. She also coaches in organizations to enhance employee engagement and for leadership development. If you’re struggling, why not stop and contact us today to turn this around – be the success you are meant to be!