“I feel lonely.” Those were words I heard from a potential client call; I’ll call them John, who reported that his job is a supportive role and that he has limited interactions with his peers. John also feels bored with this work and doesn’t know how to get out of the rut. 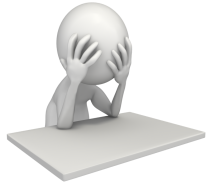 In exploring what his goal is, and how I could help him reach it, he explained that he feels up against a wall with changing his daily routine so he feels more productive and more fulfilled. He admits he is an introvert, making it hard for him to reach out to others.

According to a Harvard study (2017), 40% of Americans report feeling lonely, which is feeling the lack of social connections. You would think that with others around, the workplace would be the last place you would think of people being lonely. But, it does occur.

As work roles are changing, such as with alternate work arrangements, i.e. working from home, staggering times, this is creating less opportunity for people to interact with each other. As employers want people to attend to their tasks, it often leaves less time to have casual interactions or connections with those you work with. Getting busy with meetings or being on the computer can lead to a worker not only being busy themselves but not wanting to disrupt someone else. We get in our own silos, often forgetting about what’s going on around us.

Loneliness can affect one’s productivity but the emotional level can be worse; for some individuals, it can lead to feelings of stress and anxiety, which then can lead to depression and health problems (that darn cortisol). Having less social connectedness does affect the workplace – employees become less engaged and loyal to the job, absenteeism increases, and productivity suffers.

What’s the answer? Employers can work on team building and having fun activities that gets workers engaged with each other; when we feel others understand what we value it leads to feeling more open and connected to that person. I remember when I once did some marketing in a previous job, that they stressed finding something about the person to start a conversation, such as a pin they were wearing, or a picture on their desk. I found this very helpful and it became the start of many good relationships. I think it goes a long way, also, if the boss sits with each worker on a weekly basis to get to know them and hear their concerns, as well as giving feedback.

So, what can someone in Johns’ position do? It will take a stretch out of the comfort zone but reaching out to coworkers will be the start; see if they can go to lunch or take a walk-break, or get some help on an task they’re working on. Individually, work on changing up work tasks so they don’t feel so boring or less-valued. Working on one’s personal development – read books on mindset, listen to TED Talks or a webinar on the net, or take a free college course, such as found on urbanculture.org – will keep one’s skills up so feel more empowered and can possibly lead to other opportunities.

I feel hopeful for John to improve his outlook and, ultimately, his situation. Loneliness is nothing to glide over but it doesn’t have to be the current state, either. Awareness is key, whether by the employer or employee, followed by changing things up. Isn’t the definition of insanity ‘doing the same things over and over but expecting the same results?’

Committed to Your Success Coaching & Consulting focuses on workplace happiness and organizational success. If you need help gaining clarity on your business or career goals, why not get some help – stop the struggle and call today to get started! http://www.cyscoaching.com or barbara@cyscoaching.com